Built in 1949, Boardman Hall is home to the Civil and Environmental Engineering Department (Basement, First and Third Floors). The beautiful brick building sits at the East entrance of the University Mall, has undergone an expansion, and has a total of 10 recently renovated  laboratories dedicated to the curriculum. It also hosts computer labs, “The CHEZ” student room, many classrooms, and all faculty/staff offices. 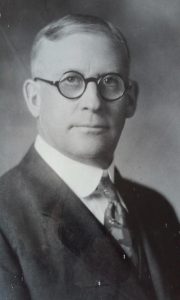 was named after Mr. Harold S. Boardman, a Bangor native that received his degree in Civil engineering in 1895 and proceeded to teach at UMaine in 1901.  He was very devoted to the university, eventually serving as UMaine’s seventh president from 1926 to 1934.